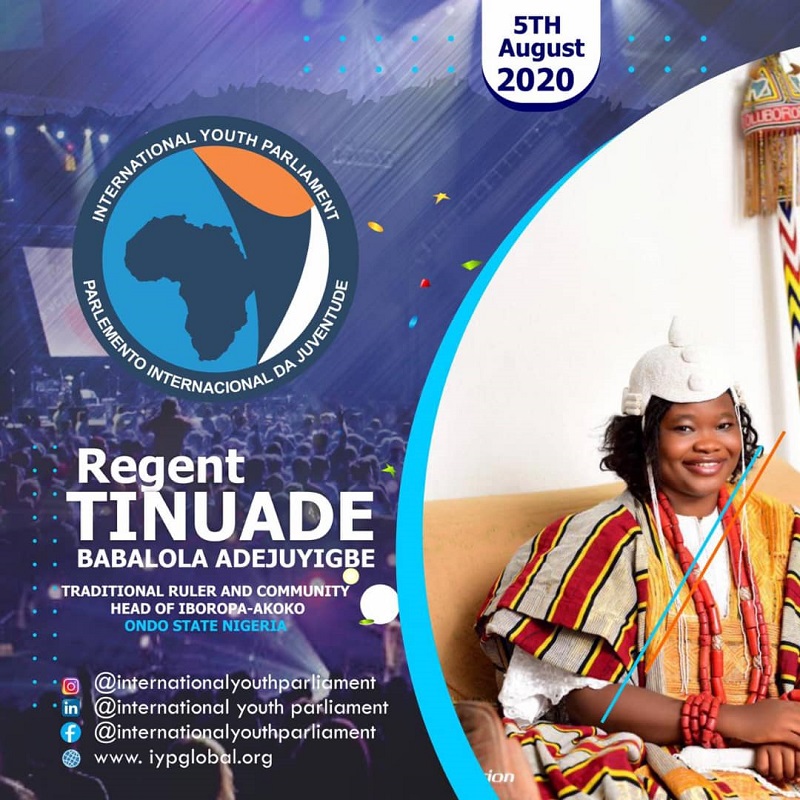 In commemoration of the UN’s International Youth Month, the International Youth Parliament would like to highlight and commend the excellent work and service of Regent, Tinuade Babalola Adejuyigbe from Nigeria 🇳🇬 in empowering her community. Regent Tinuade Babalola Adejuyigbe – from Nigeria 🇳🇬 is a traditional leader, entrepreneur and community head of Iboropa-Akoko, the home of hospitality and one of the major settlements of Akokoland in Ondo State. She believes that developing strong relationships is the foundation of everything you do as a leader. She has received multiple awards for her human and community service innovations.

Regent Tinuade graduated from Adekunle Ajasin University, Akungba Akoko, Ondo State with a degree in public administration in the year 2018. Outside community administration, she is an Agro-Entrepreneur, farmer and kids advocate. As the new Chairperson of Seabol Afrique Limited, A company registered under the Federal Inland Revenue Service (FIRS); which carries out retailing and merchandizing business activities both locally and internationally, She constantly tries to set positive culture for the company and encourages business developing strategies -trying her best to create and encourage innovations aimed at boosting effectiveness and efficiency in the company.

Hailing from a town known for production of cocoa, coffee, colanut, yam, palm oil and cassava processing, Regent Tinuade became a traditional leader as a teenager after her father’s passing- HRM Oba Ayowole Adejuyigbe Babalola in February 2015. Regent Tinuade took her new found responsibility to heart with great devotion and commitment to community service to ensure the betterment of the lives of her people. As a vibrant traditional leader and administrator, Regent Tinuade also acts as a mediator, consultant, advocate and analyst not only for her people but for the society at large. After her ascension on the throne, she developed a strong desire to render assistance towards the people.

She is an advocate for girl child education and facilitating educational programs for children who are less privileged. She became a devout for community service, helping young people realize /develop their potentials and supporting up coming talents by appearing as guest speaker on various talent hunts initiatives. She organizes, encourage and facilitate campaigns to help reduce poverty, domestic violence, child abuse and facilitates maternity care for mothers. She continues to serve her community with dedication up to this day. 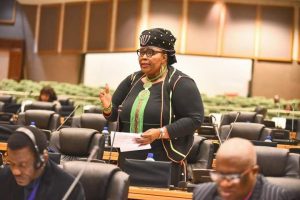 DEBATE ON THE STATUS OF PEACE AND SECURITY IN AFRICA 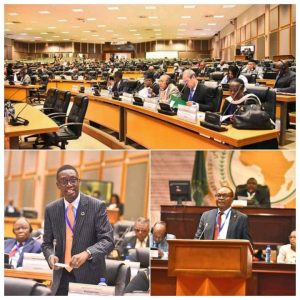 DEBATE ON THE AFRICAN UNION THEME FOR 2020 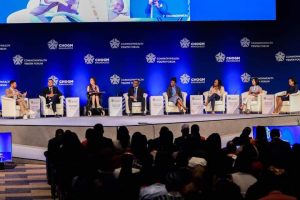